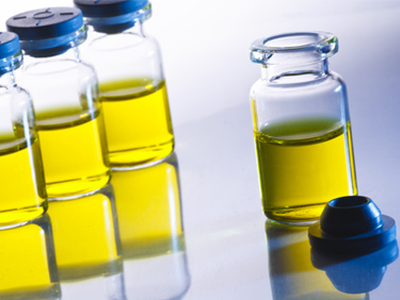 Ionic liquids are compounds composed only of ions which stay in liquid state in the temperature under 100°C. Due to their unique properties such as low combustibility, low melting point, ion nature, electrical conductivity and high temperature stability, very low vapour pressure and wide electrochemical window, the ionic liquids are used in many sectors of the chemical industry. They are alternative to volatile organic solvents and are innovative in application in any aspect. Furthermore, the ionic liquids are non-volatile and stable in thermal and chemical terms and therefore may be recycled multiple times.
We would like to offer hydrophobic quat methylammonium nitrates. Such ionic liquids are widely used in many commercial disinfectants and fungicides or even virucidal agents. These are also agents of surface-active cation compounds used in many commercial substances..

Ionic liquids are compounds composed only of ions which stay in liquid state in the temperature...