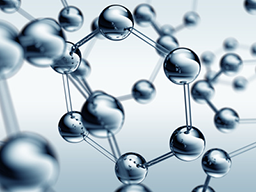 Dendritic polymers including random hyperbranched polymers, dendrigrafts, dendrons and dendrimers characterized by well-defined, highly branched architectures, compact shapes, multiple reactive end groups, and cavity between the branches for taking up various hydrophilic as well as hydrophobic guest molecules have attracted a great deal of attention. A remarkable variety of applications for dendritic polymers has been investigated as enabling building blocks for bio and nanotechnology. These versatile structures give to dendritic polymers the capability of including a wide variety of novel applications. The most important Characteristic is the candidates for carriers in host-guest systems, such as drug delivery, gene delivery, molecular imaging, nanomaterial templates, high performance catalysts, environmental science, additive in polymers and textiles.

During these past decades, the syntheses, characterization and application of nano and bio materials have been introduced into various fields of research. Among various novel technologies, dendritic architecture have been concerned recently due to the unique properties of these materials. Dendritic architecture is one of the most pervasive topologies observed in nature at dimensional length scales measured in meters (trees) to nanometers (amylopectin). Due to the unique repertoire of new properties, dendritic polymers are recognized as the fourth major class of macromolecular architecture following the linear, crosslink and branched structure. Dendritic architecture consists of the four subsets that are related to degree of structural control and are listed in ascending order: namely random hyperbranched polymers, dendrigraft polymers, dendrons and dendrimers.
The term dendrimer refers to its characteristic appearance. It is derived from the Greek words dendron (tree branch like) and meros (part of). Synonymous terms for dendrimer include arborols and cascade molecules. The first correctly dendritically branched molecules were termed cascade molecules and could be prepared divergently by a cascade synthesis. However, dendrimer is currently the internationally accepted term. Generally, dendrimers consist of three basic components: a core, repeated units, and surface functional groups. The core with various multiplicities localizes in the center of a dendrimer from which the construction of the dendrimer initiates or terminates. The repeated units or branches covalently attached to the central core are organized in a series of radially homocentric layers called “generations”.
.

Ionic liquids are compounds composed only of ions which stay in liquid state in the temperature...